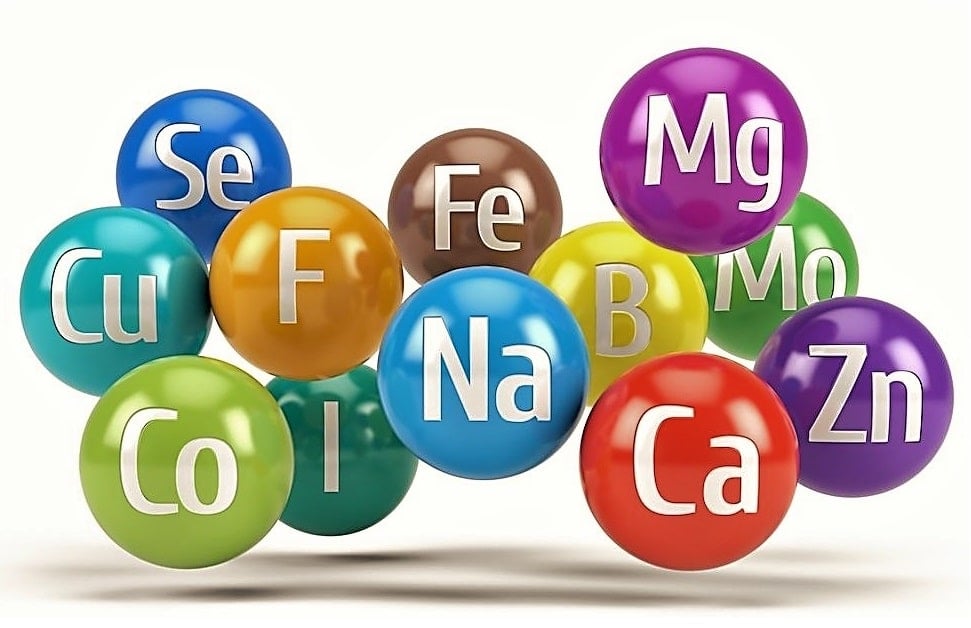 It’s important to be aware that not every mineral benefits from being in a chelate form.  However, research and many validated studies demonstrate that there are certain minerals that are very beneficial in chelate form.  So, here are some common and not so commonly asked questions to clarify what’s behind the hype…

A chelate is a chemical compound consisting of a metal molecule (the mineral) combined with an organic molecule (the ligand).(See diagram)

The ligand is the critical component of a chelate.  Primarily because it transforms the previously inorganic molecule (the mineral) into an organic mineral form.  This makes the mineral more biologically effective than its inorganic form, and that in turn makes it more bioavailable.

Chelates prevent trace minerals from interacting with certain feed components and other minerals in the horse’s body.  Because of their enhanced bioavailability, at least a 33% reduction in supplement rates is possible compared with inorganic minerals.  Interestingly,  this reduction rate doesn’t compromise performance.

However – not all chelates are created equal. Some chelated minerals are more bioavailable than others. Who knew!

How environmentally friendly are my horse’s mineral supplements? Are They Necessary and Do Chelated Minerals Perform Better? 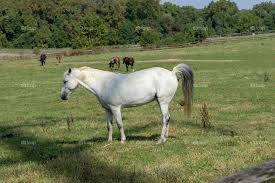 Inorganic trace minerals are poorly absorbed by horses, so traditional practice has involved over-supplementing them in feed formulations. However, horses can only absorb a certain level of specific minerals.  When over-supplemented, they simply pass through the system and are excreted – literally ‘peeing/pooping’ money away.

Minerals that aren’t absorbed are excreted in faeces and urine and find their way into soil and waterways. This contaminates both surface and ground water.  Additionally,  it can have a detrimental effect on soil microorganisms which are essential to maintaining soil structure and quality.

Research has shown organic minerals demonstrate improved absorption with no need to supplement them in excess of recommended daily allowances. This means feeding organic minerals to your horse can help alleviate much of the negative environmental impacts from horse excretions. In today’s environmentally friendly climate, this is a bonus.

What about just adding a larger proportion of a less effective but cheaper mineral?

Minerals within the body interact with each other and there are certain mineral ratios that need to be be taken into account. Be aware that a large intake of one mineral can actually block digestibility/absorption of another mineral. 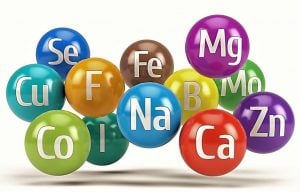 Most minerals occur in several forms. For example,  feed manufacturers can choose from at least six forms of manganese. So what makes one form more desirable than another?

Feed manufacturers usually take into consideration two factors –  digestibility and cost.  As you’d expect, the most easily digestible mineral forms are also those with the highest cost.

How Readily Absorbed is the Chelate Mineral I’m Feeding my Horse?

It depends. Trace mineral uptake from the digestive tract relies on how soluble it remains until it reaches its site of absorption.  And from then on, how efficiently it’s absorbed into the blood.

So What Makes One Form Superior to Another? Are chelates better-absorbed minerals?

IT’S THE FORM THAT DEFINES THE FUNCTION!

Many companies describe their chelates as hydrolysed proteins (proteinates).  This means they’re chelated with short-chained peptides and amino acids derived from hydrolysed soy proteins for better stability.  Furthermore, it also means they’re less reactive in the digestive tract. The downside is that the molecular size of metal proteinates is sometimes is higher than the desired size.  This actually decreases their bioavailability.  They’re less expensive compared with single amino acid chelates, and unfortunately not much more beneficial.

The mineral is coated with polysaccharide molecules. They’re larger molecules based on chains of simple sugars known to be highly soluble in the digestive tract. However, many studies have reported no beneficial effect on animal performance.

The mineral is chelated with a single amino acid. Due to higher bioavailability, amino acid chelates are a better chelate compared to polysaccharide and proteinates forms.

The best example of these also happens to be the most expensive form – glycinates.

Why Glycinates?  Do these chelate minerals perform better than non-chelates?

All the balancers in the Fibregenix range include specific glycinate minerals as they are better-absorbed minerals.  Why? Because based on the latest research, our ethos is – we’re committed to your horse’s health. We want the very best for him.  That’s why we ensure that every ingredient in our formulations passes the test of absorption.

Now that level of detail is something you don’t find in your average feed balancer….